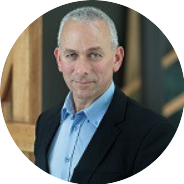 Keith Engel is the Chief Executive Officer for the South African Institute of Tax Professionals.  As part of his core duties managing the Institute, he is heavily engaged in tax at a policy, legislative and interpretative level (e.g. with National Treasury, Parliament, SARS, the Davis Tax Committee and the private sector).  His role also includes presentations and participation in regional African tax issues.  Outside of the Institute, he regularly teaches at the University of Johannesburg and is an honorary adjunct professor at the University of Cape Town, North Western University and Rhodes University.  Keith is well known for his leading roles in the formulation of tax legislation at the National Treasury from 2000 to 2013.

Keith Engel has also been heavily involved in policy issues relating to extractives.  While in National Treasury, Keith Engel was one of the chief architects of South Africa’s Mineral and Petroleum Resources Royalty Act, the Diamond Export Levy and the 10th Schedule incentive for oil and gas.  He continues to be engaged in a variety of income tax issues relating to mining and offshore gas as well as environmental rehabilitation.  His experience further includes issues relating to ownership, such as black economic empowerment and expropriation.  Outside of South Africa, Keith Engel has been involved in extractive issues arising in Uganda, Kenya and Zambia.