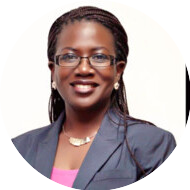 Susan Mutangadura is an internationally certified Commercial Arbitrator. She holds a degree in arbitration from Switzerland, an LLM from Wales, MBA from England and LLB (Hons) from the University of Zimbabwe. She is an Associate of the Chartered Institute of Arbitrators (UK). Susan became the first female partner in one of Zimbabwe’s leading law firms, Danziger & Partners. She later joined the corporate world where she was the inaugural Company Secretary and Legal Advisor for the Zimbabwe Revenue Authority and subsequently Managing Director/ Country Manager in a multinational corporation. She is a former Chairman of the Institute of Directors Zimbabwe. Susan has served as non-executive director in various industries including cement manufacturing, banking, insurance, telecommunications, real estate and not-for-profit organisations. She currently practices as a full time independent commercial arbitrator.